Muay Thai legend Lemsing has retired from fighting, reaching and amazing 503 professional fights. When he was at his prime, he was the main event on TV Channel 7. He became champion in all the major stadiums in Bangkok.

When he was jut a young boy he got ill with a high fever. His mother recalls that because they were very poor, they had no access to proper medical care. He was sick for over a week and when he recovered, he developed a tick which persists to this day. He twitches his head even while he is fighting. This seems t confuse his opponents and works in Lemsing’s favor.

His signature move comes at the end of his fights, when he dances in celebration. Check out the video below for an example: 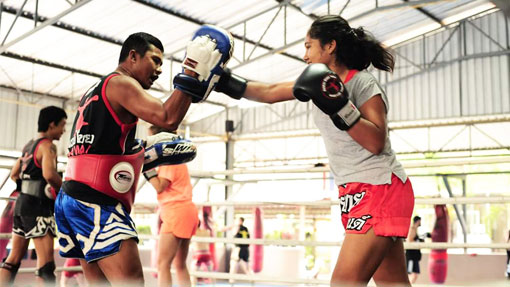 We are open again