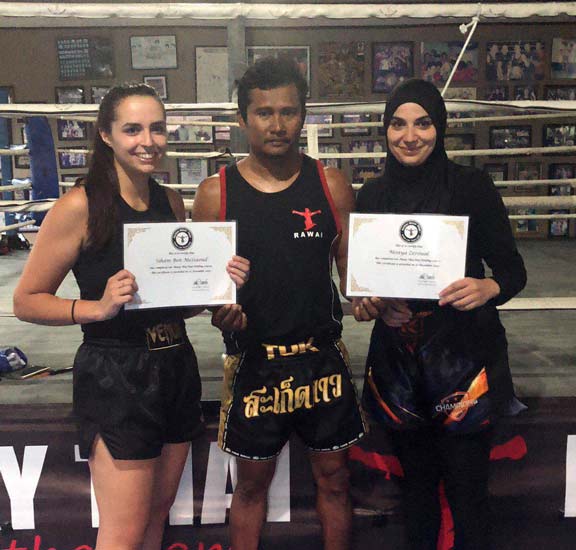 FROM MS TO MUAY THAI

Some stories are just so inspiring that we feel the need to share. This is one of them.

Monya is from the Netherlands and she has been training at Rawai Muay Thai for a few weeks. She is very skilled, not a beginner and even did the Pad Holding course with ease. Her Thai boxing skills are so good you would think she was a professional boxer and yet how she got here defies all logic. 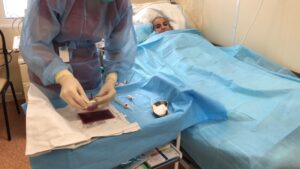 When she was 18 years old she woke up one day, just like every other day, except that she could no longer move normally. She was suddenly paralyzed from the waist down. There was no explanation, no warning. She was a student and did Muay Thai on her free time. Her family took her to the hospital an she was diagnosed with MS (Multiple Sclerosis). MS is an auto immune disease where the body’s immune system attacks its own tissues. In the case of MS the immune system malfunction destroys the fatty substance that coats and protects nerve fibers in the brain and spinal cord. Her prognosis was not good. The doctors thought she would never walk again.

However, she maintained her self-belief and since she was an athlete her body was strong and slowly she started to move again. She needed help doing daily activities like taking showers, etc. But she was able to regain her movement and was stable for ten years.

Then it happened again: she woke up paralyzed from the waist down. Again the doctors told her it was permanent and again she proved them wrong. Muay Thai helped her to stay strong and to regain her movement.

On January 2022 she woke up to her worst nightmare. She was paralyzed, yet again. This was the third time. The doctors could not treat her condition so she went to Moscow where she underwent a risky treatment: a stem cell transplant. It was very tough and she had to undergo Chemotherapy. She lost 12 Kilos in 4 weeks. She had multiple infections and lost her appetite. He hair fell off and she was very week. She received a blood transfusion to quell the constant bleeding. The medical staff almost gave up on her so she said goodbye to her family, as everyone thought it was near the end.

She returned to the Netherlands with a stash of antibiotics and a small glimmer of hope that maybe, just maybe, she would make it. After three days of complete rest she began to recover.

She lost not time and started to train again, while on a wheelchair. Her sister is married to a Muay Thai fighter who took care of her and started working on her standing, her balance and walking. Little by little she made improvements and finally stood up without falling. She started to train standing up. She never lost sight of the end game. She wanted to regain full mobility and strength. Just six months after she is in Thailand and has passed the Pad Holding certificate course at Rawai Muay Thai. It’s more than just a piece of paper for her, it’s something very personal. It represents months of physical and mental hardship. 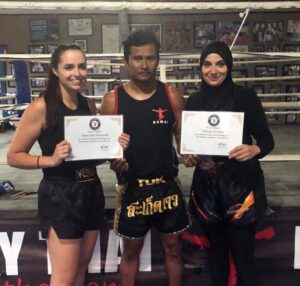 Against all odds Monya recovered completely. She stays positive and happy. She doesn’t ask much out of life. Her self-belief and her training helped her get through a very tough year. For her Muay Thai is more than just a sport, it is part of her salvation